Meditating on the Scriptures - Day 238

12 In the seventh year of Jehu, Jehoash[a] began to reign, and he reigned forty years in Jerusalem. His mother's name was Zibiah of Beersheba. 2 And Jehoash did what was right in the eyes of the Lord all his days, because Jehoiada the priest instructed him. 3 Nevertheless, the high places were not taken away; the people continued to sacrifice and make offerings on the high places. 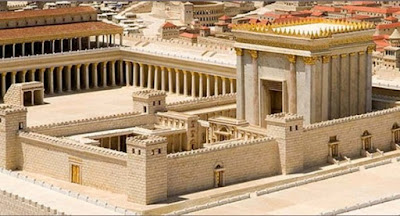 The Death of Joash

19 Now the rest of the acts of Joash and all that he did, are they not written in the Book of the Chronicles of the Kings of Judah? 20 His servants arose and made a conspiracy and struck down Joash in the house of Millo, on the way that goes down to Silla. 21 It was Jozacar the son of Shimeath and Jehozabad the son of Shomer, his servants, who struck him down, so that he died. And they buried him with his fathers in the city of David, and Amaziah his son reigned in his place.
Posted by Unknown at 1:00 AM